How to remove Yelp reviews

Getting a bad review on Yelp can feel like a punch to the gut for small business owners, especially if it was unwarranted. It’s frustrating and sometimes it seems like there’s nothing you can do about it. But wait! There might might be. If you’re hoping to remove a Yelp review, you’ve come to the right place.

Before we explore how to remove a review from your Yelp page, let’s back up. How often do bad reviews happen and what does a bad review mean for your small business?

How often do bad reviews happen on Yelp?

If you’re distressed about getting a bad review on Yelp, don’t worry, it happens all the time. According to Yelp’s Factsheet, there are over 171 million reviews on the platform and given that 16% of those are 1 star reviews, that’s roughly 27,360,000 awful reviews on Yelp. So if you get a scorcher, it’s okay. It’s part of the program. 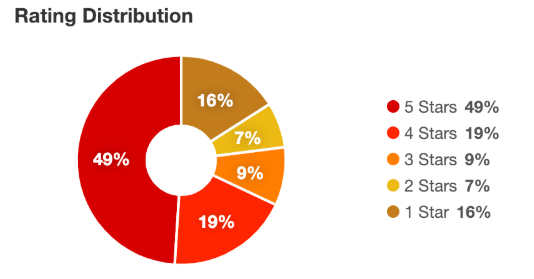 But what if it’s a completely groundless review? Let’s see what we can do about getting it removed.

Is it possible to remove a Yelp review?

Yes, it is possible for a Yelp review to be removed. However, business owners cannot directly remove them (reviewers can delete their own reviews).

Only Yelp can eliminate reviews from its platform. Never work with an individual or a consultancy that claims they can bypass Yelp’s platform to remove a Yelp remove, or a reputation management company that purchases fake reviews to boost your star rating. Short of requesting the removal of a definitively bogus or defamatory reviews, legitimate reviews from actual customers should be your only recourse in improving your star rating on Yelp and other review sites.

While Yelp takes a somewhat “laissez faire” approach—they keep discretion mostly in the hands of Yelpers— there are reasons the Yelp moderators or recommendation software may remove a review. Keep in mind that one or more of these reasons will have to be true for your case in order to get a review removed from your page. Otherwise, the review—good or bad—will remain.

Plus, research shows that negative online business reviews aren’t necessarily as harmful as you might think. Businesses with between 10 and 25% negative reviews make the most money!

5 instances that justify the removal of a Yelp Review

You can have a Yelp review removed if you can prove that an undesired review is “questionable” by demonstrating to the Yelp team one of the following things.

If the Yelp review you’re hoping to remove falls under one of the above criteria, you may have a chance of having it taken down. Here’s how to flag and report a review (keep in mind that reporting doesn’t guarantee a review will be taken down).

Note: Before reporting a Yelp review, read this helpful article from Yelp  first: “When should I report a review?”

Note: if you’re on mobile, the “Report review” function is located in the “three dot” menu. 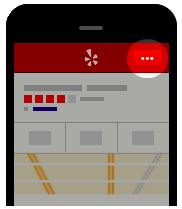 After you report the review, Yelp will assess and analyze the best decision based on its content guidelines, which may take several days.

Fortunately, Yelp will email you regardless of their decision to remove or keep the review. Either way, you’ll hear back.

What if I can’t get a Yelp review removed?

Alas, if you’ve exhausted all possible options and you’ve found the negative review cannot be justified for removal and it must remain, there are some things you can do that will lessen its pejorative impact.

Solo is the easiest way for small businesses to pay and get paid.

How to file your self-employment taxes in 2023

Why you need a freelancer intellectual property agreement + free template